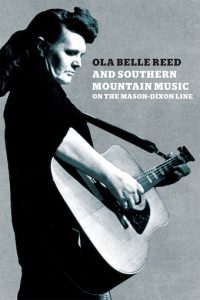 Dust-to-Digital is excited to present the first in-depth look at the life of Ola Belle Reed, a groundbreaking artist who is one of the all-time greatest performers of authentic, old-time music. Ola Belle Reed’s 1960s recordings, some of the earliest she ever made and available here for the very first time, are counter-balanced by a disc of modern-day field recordings of her descendants and those within her Appalachian community that she inspired. This deluxe edition highlights Ola Belle’s deep repertoire – folk ballads, minstrel songs, country standards, and originals – and traces the impact her music made and is still making today.

About this release:
In 1966, folklorist Henry Glassie traveled from Philadelphia to the town of Oxford, Pennsylvania to see Alex & Ola Belle and the New River Boys and Girls play their exciting brand of Southern mountain music live, on the air, in the back of the Campbell’s Corner general store.

Over the next two years, Glassie would record the deep repertoire of Ola Belle Reed – folk ballads, minstrel songs, country standards, and originals like “I’ve Endured,” penned by Ola Belle herself. Glassie also chronicled the remarkable story of the migration of communities from the Blue Ridge Mountains toward the Mason-Dixon Line prior to WWII.

Some four decades later, Maryland state folklorist Clifford Murphy struck out to discover if this rich musical tradition still existed in the small Maryland, Delaware, and Pennsylvania towns where it once flourished in 2009. Murphy, amazed by what he encountered, began making audio recordings to document the descendants of Ola Belle’s musical legacy. Ola Belle Reed died in 2002 yet her influence is still reverberating throughout old time and traditional music.

About Ola Belle Reed:
Born to a musical family in the mountains of Ashe County, North Carolina in 1913, Ola Belle Reed became a prolific songwriter and performer. Known for her unique style of banjo playing and singing, Ola Belle Reed inspired many musicians throughout her life. Thirteen years after her death in 2002 yet her influence is still reverberating throughout old time and traditional music.

In January of 1966, folklore graduate student Henry Glassie made the first professional solo recordings of Ola Belle Reed. Glassie would go on to become one of the most celebrated folklorists in the United States, a distinguished professor, and a renowned scholar throughout the world. Reed would go on to become one of the leading lights of the Folk Music Revival and winner of the prestigious National Heritage Fellowship. Glassie’s landmark collection of early Ola Belle Reed recordings were recently deposited in the Archives of Traditional Music, an ethnographic sound archive located at Indiana University in Bloomington.

This project is a co-production between Dust-to-Digital, Maryland State Arts Council and Indiana University.

Read an interview with Henry Glassie about these recordings.