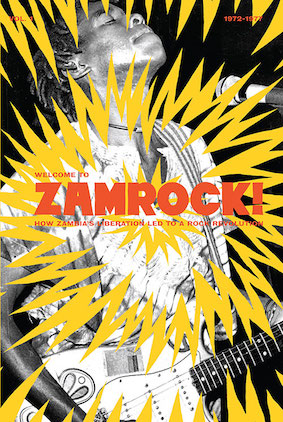 By the mid 1970s, the Southern African nation known as the Republic of Zambia had fallen on hard times. Though the country’s first president Kenneth Kaunda had thrown off the yoke of British colonialism, the new federation found itself under his self-imposed, autocratic rule. Conflict loomed on all sides of this landlocked nation. Kaunda protected Zambia from war, but his country descended into isolation and poverty as he supported rebel movements in neighboring countries Angola, Zimbabwe and Mozambique and stood up against apartheid South Africa.

This is the environment in which the 70s rock revolution that has come to be known as Zamrock flourished. It’s no wonder that the Zambian musicians taken by American and European influences gravitated to the dark side of the rock and funk spectrum. Fuzz guitars were commonplace, as were driving rhythms influenced by James Brown’s funk and Jimi Hendrix’s rock. Musical themes, mainly sung in the country’s constitutional language, English, were often bleak.〜レーベル・インフォより