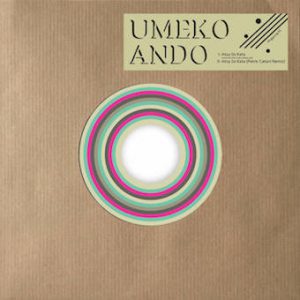 “Atuy So Kata” is the closing track of Umeko Ando’s “Ihunke” album. It is a poetic dedication to the surface of the ocean. Her voice is especially mesmerizing in this traditional Ainu song, and it perfectly captures all the brittle and enchanting qualities of her vocal art. Patric Catani (aka Candie Hank, aka Ill Till) is an artist of many faces who has already appeared on a couple of Pingipung releases. He is widely known for his recent soundtracks for video games such as Minton and Pit People. His playful remix approaches the Ainu folk song with an offbeat punch, spacing out on delays and dub textures.

“Many white waves on the ocean
They look like rabbits jumping.”