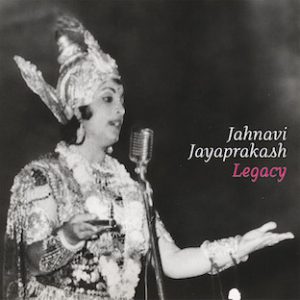 ahnavi Jayaprakash was one of the greatest Carnatic singers of the 20th century. She was endowed with a rich and melodious voice, encompassing three octaves with ease, which had precision, tone perfection and clarity. A true guru, the great depths of her musical energy and creativity inspired an entire generation of musicians in Amsterdam. This compilation disk of classic and adventurous works shows the beauty and power of her artistry at her prime. Includes booklet with her biography, photographs and tribute texts.
（メーカーインフォより）