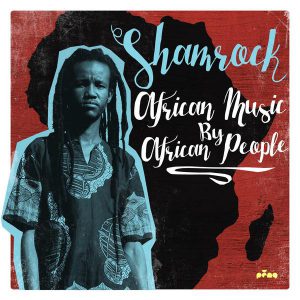 Shamrock grew up in the township called ‘Kwathema’, In the east of Johannesburg. He has being crazy for music since he was a young child, and at primary school he sang as the soloist in the choir.
Everyone now knows that South Africa is the house music capitol of the world! Most young upcoming producers look up the American and European producers, But Shamrock’s sound is standing out from the rest, as he’s been digging into his African roots to come up with his own style of music, working with mainly South African musicians, only using the computer to record the audio.
On this album he’s also featured international musicians Han Litz,Flutist from the Netherlands, Asali, vocalist from Kenya, Andy Compton, from the UK, and Jimmy Gabriel on Sax from Nigeria.
His first releases came out on a South African label in 2014.
He’s well known in South Africa for his live guitar shows, normally jamming with DJ’s. This is how he first met Andy Compton, and secured the Peng connection.
Shamrock was a main writing contributor for the fantastic ’Sowetan Onesteps’ project, and after that success he knew the home for his album would be on Peng, which offers his sound to a worldwide audience
So here it is! Enjoy the African rhythms and sun drenched music！（メーカーインフォより）