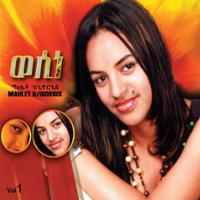 Mahlet GebreGiyorgis was born in Mekelle, the capital city of Tigray, in August 1986. Mahlet, with an inborn vocal virtuosity, commenced the art of music in Mekelle five years ago. In those few years of dexterity, when she was working as a singer at Yared and Selam Music Bands in Mekelle, she devoted herself with perseverance to serious studies of music that dramatically gave rise to the happiest expectation of her present success. A year before, with a view to evaluate the standard of her genius as a vocalist in manipulating the public taste and sensitivity, she released a single melody in Tigrigna, known as Beyneye Terife, that unexpectedly resulted in adding an extraordinary value into the standard of Tigrigna songs and catching hold of a wide range of public reputation and acceptance throughout Ethiopia. Indeed, despite the fact that it was her fresh attempt to breakthrough the arena of our country’s music industry , Beyney Terife was a yardstick that won her the 2005-2006 Tigray All Arts Award (TARTA), which was organized by the Mega Creative Arts Center in 2005. Now, Mahlet Gebregiyorgis is once again appearing into the scene of the Ethiopian 3rd Millennium with a breathtaking mastery of a new melody, called Wossine. This new music album expresses lots of issues that are associated with the day-to-day lives of human society, in its sweetest form in away it captivates all of us. It is a great pleasure and honor to Mega Creative Arts Center while providing you with the original version of Mahilet’s new album as a novel souvenir in the new Millennium. Cheers!