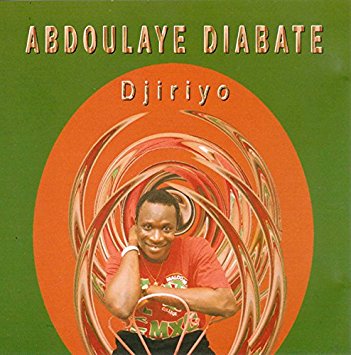 Born a Maninka griot, young Abdoulaye Diabaté was taught the praise songs and epics that his forefathers had sung for centuries, but he grew up also listening to griots (including older cousins) performing with Mali’s history-making modern bands (the Rail Band, Super Biton, Les Ambassadeurs and others). When he came of age he proved his mettle in Le Kené-Star de Sikasso, one of the most popular Malian bands of the 1980s. Equally at home in tradition and innovation, he flaunts a style that appeals to three generations, as his solo career has proved. This CD, Djiriyo, includes tracks from three cassettes arranged and produced in the early ’90s by Boncana Maiga (Alpha Blondy, Africando).