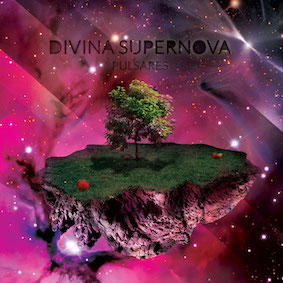 Divina Supernova shows the world a plural and no labelling music. This work is result of the odyssey of two Brazilian musicians: She comes from São Paulo – southest – and he comes from Alagoas – northest of Brazil. This duo of multi-instrumentalists brings a lot of concrete experiences in Brazilian independent musical scene: the both have released CDs by the label Baratos Afins and other ones by independent works.

They have released two CDs – “Pulsares” (2014) and “Torus” (2015). Both CDs were produced and mixed by Júnior Bocão and mastered by Frank Arkwright (Abbey Road Studios, London).
Their original music is influenced by the music of the world. Traveling the world to exchange musical experiences is one of their strongest features. In total they have already made more that 30 concerts around the world in cities like Paris, Toulouse (France), Monthey, Champèry, Val D’Illiez and Bouveret (Switzerland), some New York neighborhoods and now they are back from the Japan Tour, with concerts made it Tokyo, Kyoto, Osaka and Yamaguchi.

The duo intends to keep on elevating flights to take your music to every corner in the world and follow the trail of universal music.